Welcome to my page!

Here’s a little about me. I was adopted from Korea and grew up in Medford, Wisconsin. I joined the Army in 1996 and was stationed at Ft. Irwin, CA. I met my husband, Darrell, there.  Through some complications and that she was a week late, I had her via c-section!  I had gained over 50 pounds.  I did get out the Army to take care of my daughter while my husband stayed in. In 2001,  we moved to Ft. Bragg, NC and then Baumholder, Germany right after 9/11. We lived in Germany for 9 years. Loved it and had plenty of travel opportunities!  In Germany I was kind of active. I worked out when I had the chance.  I did lose most of the baby weight. Between Germany and Hawaii was when the weight came on!

Those in the military know how easy it is to pick up fast food or eat out a lot during leave during a PCS move! Well we left in August 2010 and had a month of travel between visiting our families in NC and WI.  I was not into eating healthy at all. I was just happy to be back on the States to eat. In Germany they don’t have all the places they do here! So of course it was time to catch up……We ate Sonic – I don’t know how many times, Wendy’s, buffets, Chick Fila, Hardees, American McDonalds, Waffle House etc…….We got to Hawaii in September 2010 and lived in a motel for about a month with just a mini kitchen. So we had microwave meals and snack foods. They had a snack bar and mini store. Sodas and crap almost every day! We finally did get a house and moved in. I went from working full time to being a stay at home mom.  I was never use to it! I got bored and turned to food. I never noticed how much weight I had put on until around March of 2011.

This was only because Darrell brought home Insanity and was doing it in the garage. I was like, ” Hey I wanna try it.”  So I did. I’m not going to lie- I threw up the first time doing it! It was terrible. We did it every once in awhile, on and off. We finally stuck with the program and did the 60 days! I had to take measurements and weight. I finally realized what I looked like and how much weight I had really gained. It was 15 pounds and lots of inches!

In the meantime, I’m job hunting and see an ad for Beachbody. I read the ad and it mentioned about working from home and being a coach for Beachbody. I was skeptical. I heard of Beachbody in Germany because my friend had lent me her Slim in Six. Plus now I was doing Insanity.  I became a discount coach. I loved Beachbody products so why not? I even thought in my head…I don’t believe in meal replacement drinks.  Then I tried Shakeology and loved it. It gave me the extra energy and it did help me lose weight! So June 2010, I became a coach.

Living in Hawaii has helped me get back into the best shape ever. I was always active to include hiking and going to the gym I loved it so much I became certified in Insanity and working on my personal training certification!

In 2014, we moved to West Point, NY and lived there a couple years. I worked for the government and part time as an Inanity instructor and personal trainer. I miss my Insanity family and my clients since I moved once again and now at JBLM, WA.  I am currently still active, even joined a crossfit box which I had to stop since I went back to work.

Some quick things facts about me: I love being active, eating, exploring and staying busy. 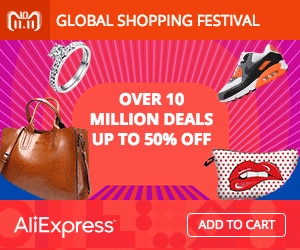